Mothers are losing lives due to the lack of care… 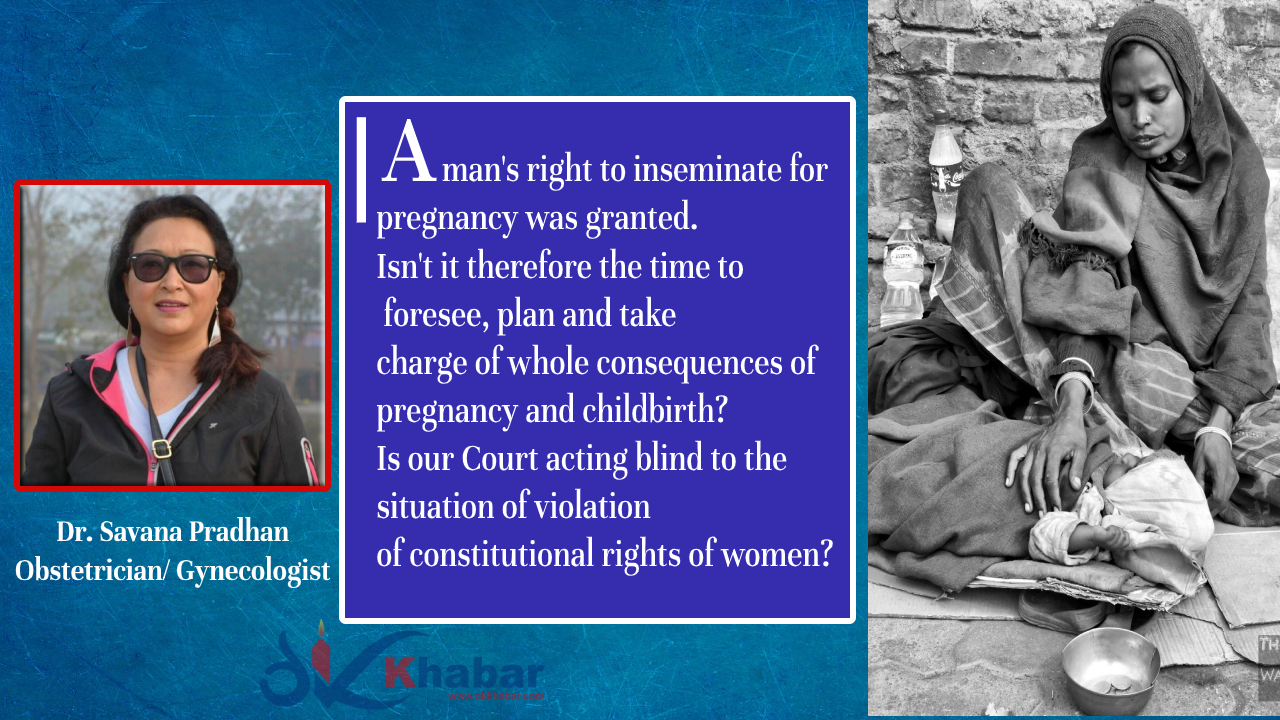 As COVID-19 pandemic is sternly hitting humankind around the globe, it has not left the Nepalese domiciles out of the circle irrespective of race, sex or gender. COVID- 19 pandemic hit hard to the lives of women than to men. The pre existing Gender based discrimination aggravated even more with the threat of viral infection. The pregnant women in cities as well as in rural areas had to suffer unnecessary and inappropriate social, professional and state abuses leading to preventable deaths in pregnancy and child births.

The following cases are just the representative cases posted in various media with severe vehemence. Government publications seem to obfuscate the real picture of community but to show off only the success stories.

Case 1: Death due to PPH(Postpartum haemorrhage):
Young mother dies in the health post following normal healthy baby in otherwise uneventful pregnancy due to severe bleeding, retained afterbirth (Placenta) in front of the health care workers. Health care workers tried their best with their knowledge, skills and available resources; when failed to stop the parturient lady bleeding, made a timely decision to shout for help from the provided 24/7 helpline. Unfortunately, the name sake 24/7 helpline was unable to respond to disaster call responsibly. Due to the failure of timely transfer to a centre with available medicines, equipments and skills the lady bled to death right in front of the compassionate, hard working, skilled nurse and health assistant.

Case 2: Death due to refusal to treat by hospitals.
A pregnant lady with fever was refused treatment by several hospitals in fear of suspicious COVID and compelled her to knock at several hospitals (4-5) travelling several miles distance; ultimately died in one of the government hospital.

Case 3: Helicopter rescue.
A financially constrain pregnant lady with high blood pressure was managed in a hospital with delivery of her child; subsequently, the parturient lady deteriorated needing ICU care, but was send away home from the hospital as the party was unable to pay the bill. The sick parturient lady was later, with the help of community leaders airlifted from her home the next day for tertiary care in Kathmandu. The lady suffered with multi organ failure and subsequently died several hours later in the tertiary centre in the capital city.

Case 4: Death in hospital due to delay in management.
A middle class family had a private doctor check up done throughout her pregnancy and anticipating a healthy outcome. As per her doctor’s advice, the pregnant lady was admitted in a private hospital for the progress of labour. Some unanticipated event occurred and at the nick of time, emergency management was delayed: there was reluctance of doctor present in the hospital to manage the case and delay in attending by the assigned doctor; thus followed the adverse outcome.

Case 5: First COVID death in Nepal was of a lady in postpartum period. She had an uneventful pregnancy and delivery, discharged in good condition. She developed severe respiratory distress after 4 days of delivery at home; brought to hospital; treatment received but was not successful, died in the hospital.

The above mentioned cases are just the few examples, just the tip of iceberg of the huge hidden not unprecedented problem in the community. These stories are not new, we have changed very little pertaining to the attitude and mindset of Pregnancy and childbirth.

We are so proud of talking about Buddha.
Many of us emotionally campaigned, ” Buddha was born in Nepal”. This made me ponder critically the birth history of Siddhartha Gautam. More than 5000 years back, His mother, Queen Maya Devi had road delivery under a tree, standing; when she was on the way to her parents home, heavily pregnant with Siddhartha! Maya Devi died few days of the birth of Prince Siddhartha . Honestly, how many of us know about this sad story? How many of us know that Siddhartha was not fortunate enough to receive his own mother’s love and care? Queen Maya Devi died in Child birth of Siddhartha Gautam. Did Siddhartha, a great thinker, a great philosopher ever blame himself for the cause of her mother’s death? Did he ever repent? Hope not. What was the psychological state he would have gone through without having his own mother with him? This was never a subject of discussion.

On the other hand, King Suddhodan, Prince Siddhartha’s father let his heavily pregnant wife travel a long distance on an extremely hot summer day to her parent’s house without much preparation. He could have sent her in a horse driven chariot than a palanquin, it would have been quicker? The Queen mother’s travel should have been accompanied by palace medical personnel… only if…the questions of many only ifs keep me thinking in vain… But, unfortunately it did not happen as it should have been; Maya Devi died in child birth. Soon after the Queen’s death, King Suddhodan married Maya Devi’s sister. We do not like to talk about adverse outcome, and definitely not about deaths. And so, we rather happily advocate , Siddhartha Gautam was born on a full moon day in Baisakha (March-April) under a tree. The rest inside a Pandora’s box, a destiny!?

Let’s see poke on the relatively modern Nepal, over a century back.
Then Queen mother of Nepal, Indra Rayja Laxmi Devi Shah died in pregnancy, a maternal death. A sad day, unfortunate time for then princes and princesses of Nepal. Queen Mother suffered a Maternal mortality. The issue was taken seriously and thus, a Maternity hospital, “Indra Rajya Laxmi Devi Paropakar Prashuti Griha”was came into function to serve general public , pregnant women in need; no one to die without medical care. Since the opening of the hospital, it is providing services to rich and poor alike from all over Nepal and saving lives. To make a note, the name of the hospital has been changed! For what reason? Do we want to forget our history, our past? Or just because the name sounds royal? Rather than prioritizing discussion on the upgrading technologies and care, the policy makers attitude seems to be diverted in changing names and hoarding board. The original name “Indra Rajya Laxmi Devi Paropakar Prashuti Griha” would have been a continuous reminder that a high ranked Queen mother had died in pregnancy, so to make everyone cautious that anyone can be the victim of unseen dangers of pregnancy and childbirth. But alas, we forget our past easily, we are happy go lucky Bir Gorkhali. Someone expressed and said once,” You give Nepalese some food and drinks, and, play some music; they forget everything and start dancing with the tune. They forgive and forget easily!” The hospital is doing its best in the present name: “Paropakar Maternity and Women’s hospital”, providing services and saving lives.

Comparing the Pregnancy and child birth history of Maya Devi or Indra Rajya Laxmi Devi, Nepalese women still are suffering similar deaths. Every single life counts. Government statistics claims significant reduction in Maternal death ratio over the past few decades and plans and programs for future in the area of Reproductive health sounds promising. But is this only in paper? What is the ground reality? According to the Reproductive Health Cluster, more than 60 women lost their life in pregnancy and childbirth in 5 months since COVID pandemic. The national guidelines mandate to have a Maternal mortality review meeting with the stakeholders within 24 hours of maternal death. There are rooms to doubt if the concerned authorities are serious regarding these issues of preventable death and process audit for improvement.

Three delays in maternal deaths is a dictum in Reproductive Health focused to identify the cause of maternal death: Delay in decision making, Delay in transportation and Delay in Management. In the first case mentioned above, there is delay in transportation to higher centre; second case, delay in management, third case, probably all three delays, and, the fourth case delay in management. My personal point is there must be an added fourth important delay that we have missed to address for a long period of time. That is Delay in Policy making.

The Constitution of Nepal, 2072 BS has ensured non- derogable rights to Life, Liberty and Freedom in Article, 16, 17 and 18 respectively. Similarly, the Constitution indicates on the Fundamental Rights to Health, Woman’s Right and Justice. There are Codes, Acts, Rules, Regulations and guidelines in place: in paper. Justice needs to be seen and felt by citizen, not just the verdict in the Court. The dictum “Ignorance of Law is no excuse” is widely accepted by elites in Government. In Legal sense, the Crime is something that is done which is prohibited by law, and, also Crime is something which is not done that is to be done. Therefore, isn’t it appropriate to accuse the Government authorities, our representatives whom we rightfully voted to take care of the citizens failed to ensure the fundamental rights, thus does it not fall under the omission of legal duty? Can we not charge the government authorities of criminal offence?

There is a Supreme Court decision affirming on the Reproductive Rights to prisoners to reproduce to have off spring! The Court had made a directives to make provisions for the criminal convicted for prison sentence to fulfil his wishes to enjoy his right to reproduce and thus, cohabitate with his wife in prison cell. It does sound liberal and progressive ensuring rights. A man’s right to inseminate for pregnancy was granted. Isn’t it therefore the time to foresee, plan and take charge of whole consequences of pregnancy and childbirth? Is our Court acting blind to the situation of violation of constitutional rights of women? Why are our Courts not play active role by taking Suo-moto action and issue directive orders to save lives of all the pregnant women dying preventable deaths in Nepal? Pregnancy occurs only after insemination. And people clucking as Social Engineers should have an eye towards these issues.

Doctors are bounded by oath to take care of the needy. Hospital administration cannot refuse patients needing emergency care.
The Swiss cheese model on disaster emphasize on the holes on every steps in system of safety net when occurs in unison. Digging the past, in non judgement, without preconceived notion and no name, no blame to recognise the pitfalls and sincere action to prevent similar mistakes will certainly prevent adverse outcome. Political will to Prevent Delay in Policy making and ensuring with timely implementation of system will certainly reduce preventable maternal deaths. 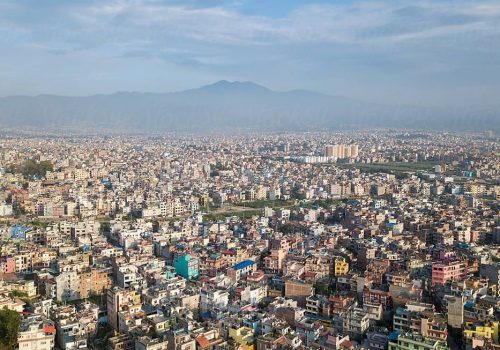 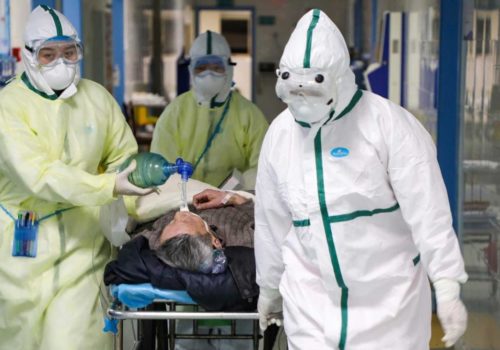 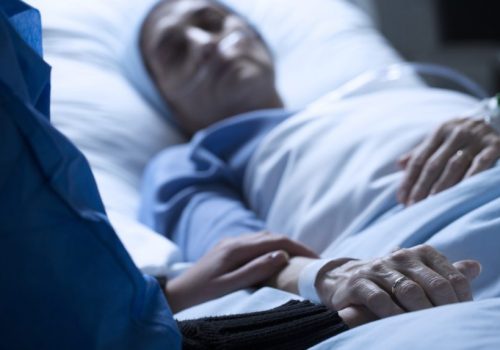 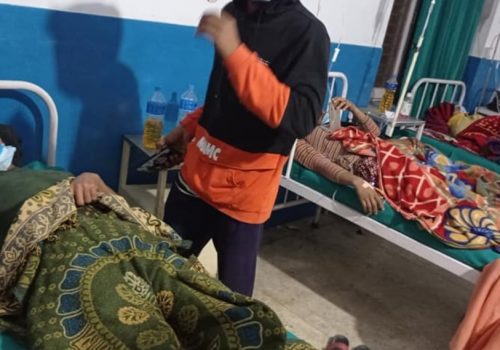 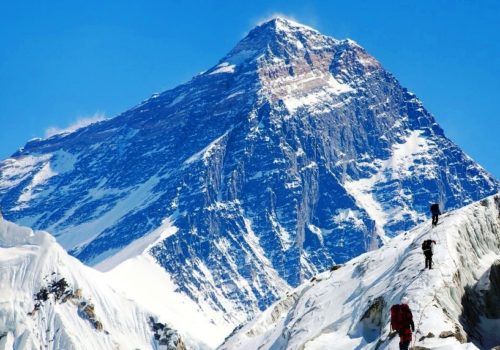 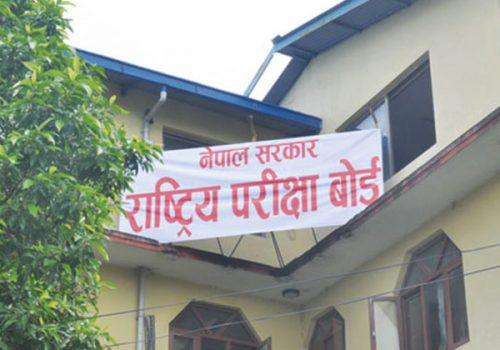 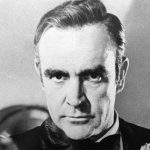 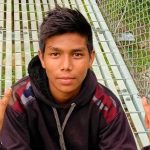 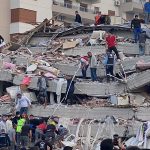 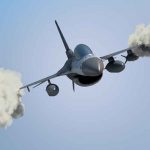 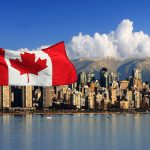